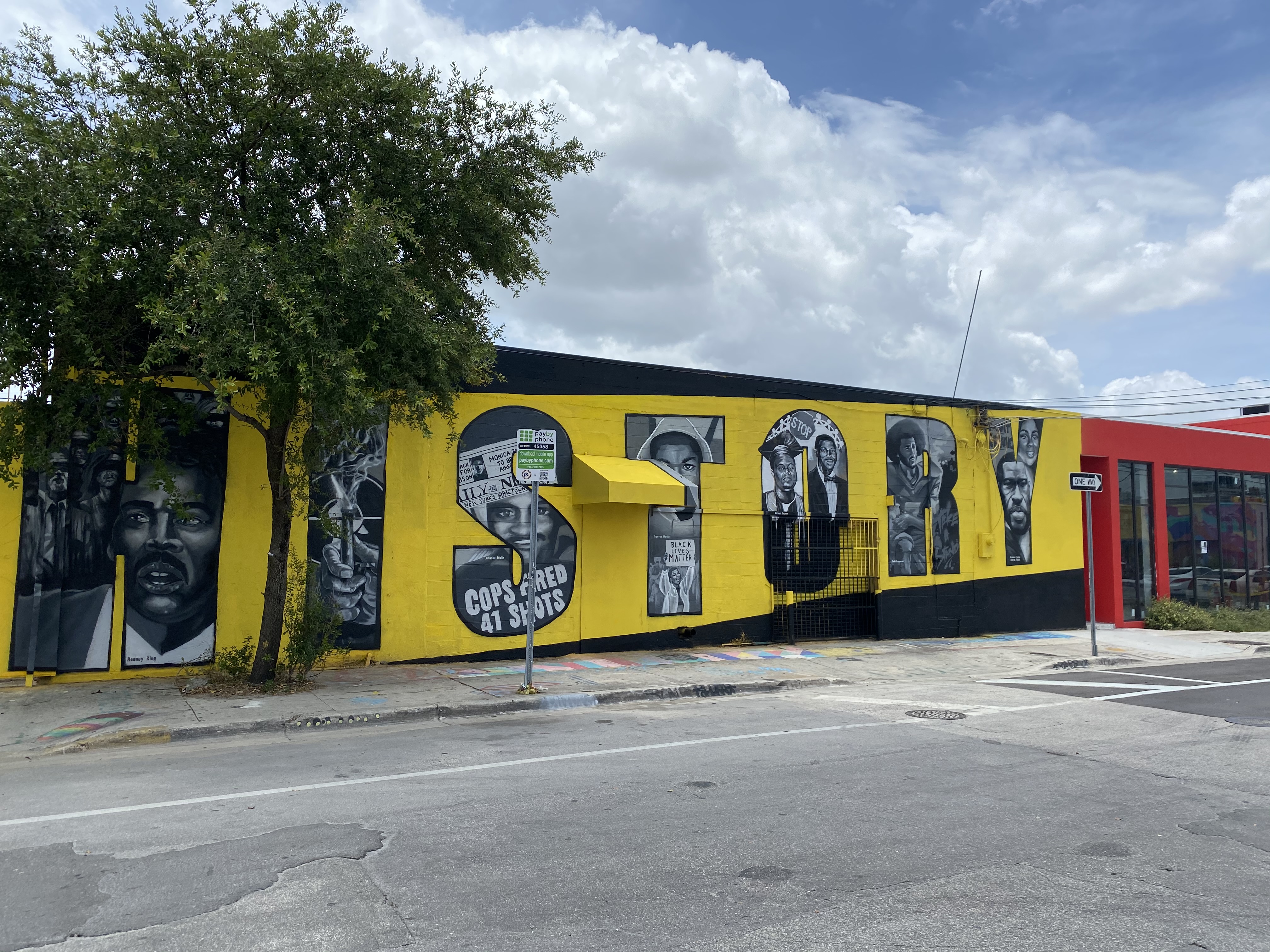 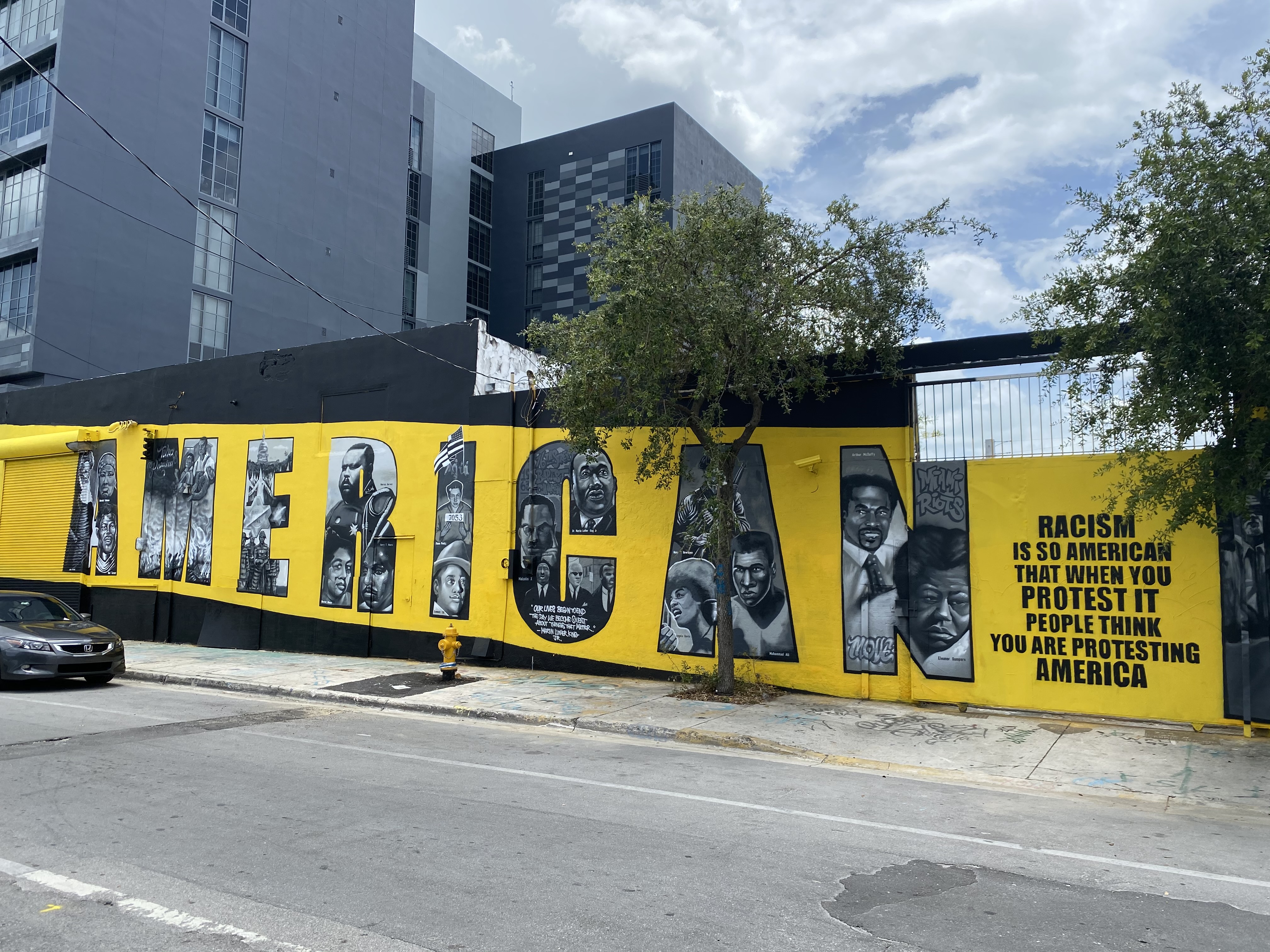 Commissioned by The Museum of Graffiti, the "AMERICAN HISTORY" mural takes up half a block of wall space to showcase the work of seven local artists and others who contributed to telling the stories held within each letter. This mural was created as a tribute to the Black Lives Matter movement and ongoing fight for civil justice in the United States.

Each letter laid across what resembles yellow crime scene tape showcases crucial moments in black history, including key leaders and figureheads in the movement. QR codes have been added to the bottom of each letter to allow onlookers to the opportunity to learn more about the stories they contain.

Curated by Alan Ket (@graffitiartcollector) of the Museum of Graffiti.