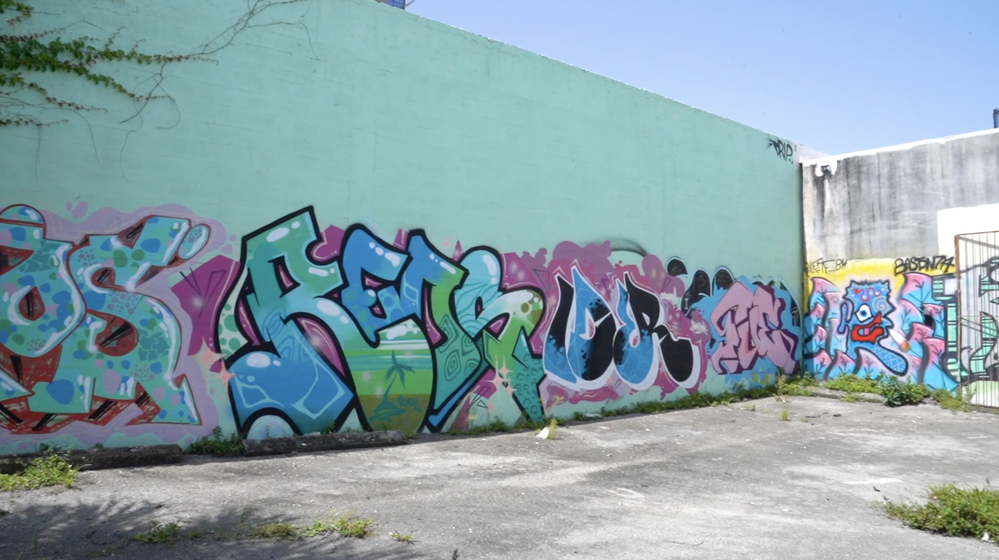 Pedro better known as AMOS is a Miami native. He officially launched his graffiti career in 1994. His art originated in the streets of his hometown. AMOS subsequently took his hobby to freight trains, transporting his name and unique style from one end of the continent to the other.

Miami native who's a member of 004 crew. She writes using aerosol spray paint, often embellishing her name with stars or characters.

Miami native has been painting graffiti for 20+ years. He has a graphic design background as well. He is very prolific with letters and characters.

Originally from Russia. Fue is a graffiti writer with funky, unorthodox letters.

These pieces were done by all 4 artists in 2018. It was a very impromptu collaboration. Fun fact, when the video pans right, on the opposite wall there is a CAPE (Copenhagen) and a JES piece. JES is considered one of the first graffiti writers in Denmark. He imported a new art form to Copenhagen.

One of the most recognized graffiti artists from that region of Europe, SABE, credits JES with inspiring him to start painting graffiti.

It was destiny, that by complete chance, JES and SABE were in Miami at the same time.