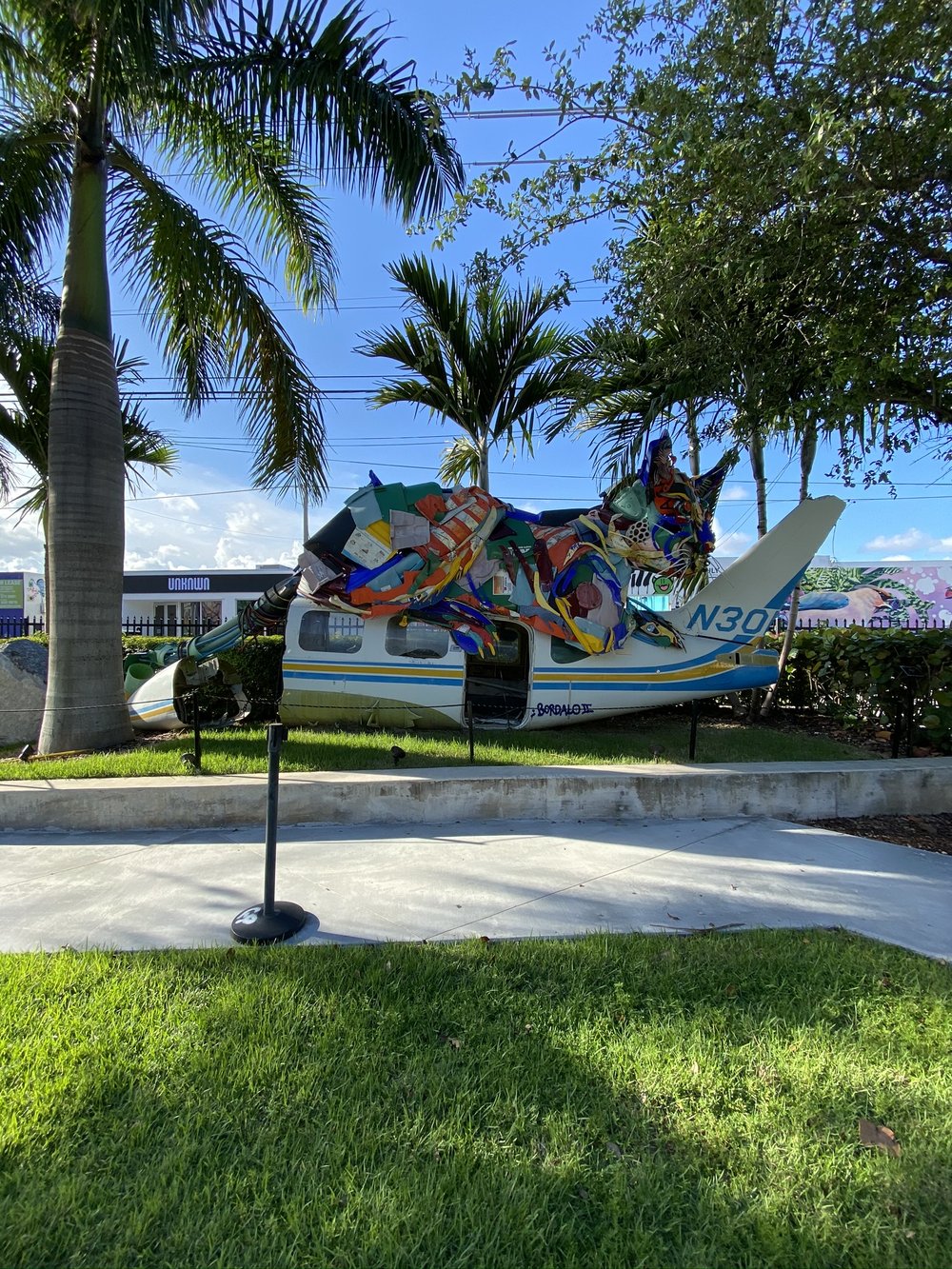 Bordalo II is a painter and sculptor from Lisbon, Portugal. His artist name is a tribute to his grandfather, the painter Real Bordalo. His work often depicts animals created with "garbage" such as used plastic, wood, and metal. This is meant to draw attention to our personal consumption habits on this planet and the effect it has on wildlife.

This sculpture depicts a Florida Panther, the state animal of Florida. This animal was one of the first species added to the U.S. endangered species list in 1973 and remains on the list today. The sculpture was created completely out of plastic, stationed on top of a small aircraft which was placed in the Walls using a forklift. It was completed in December of 2017 for Art Basel.