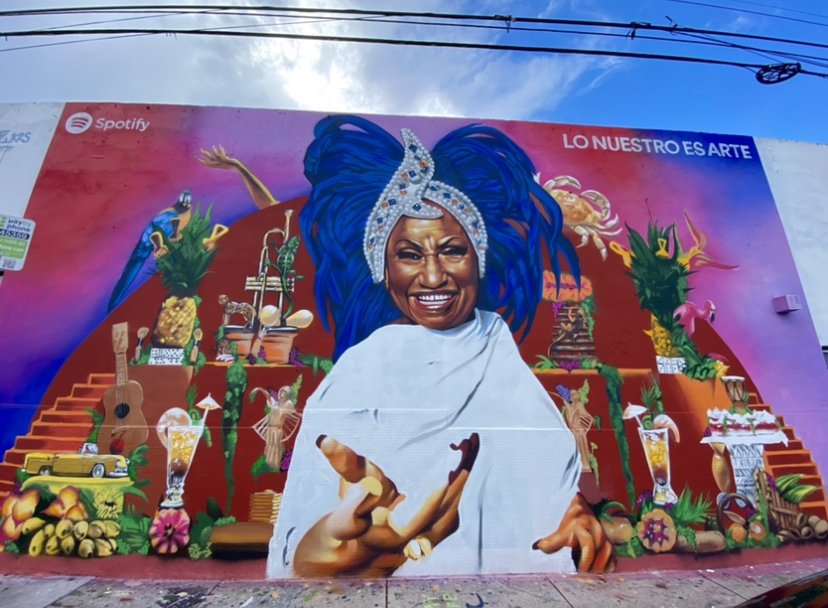 Originally from California, CALE is a member of K2S crew. He specializes in graffiti and is known for his black, white, and grey spray paint "Cale Cans."

This mural was painted in October 2020 in partnership with Spotify as a tribute to Latin music legend Celia Cruz for Latin Heritage Month. This artvertisement showcases Cruz larger than life in front of shrine adorned with culturally prevalent objects and reads "Lo nuestro es art" which means "our thing is art." 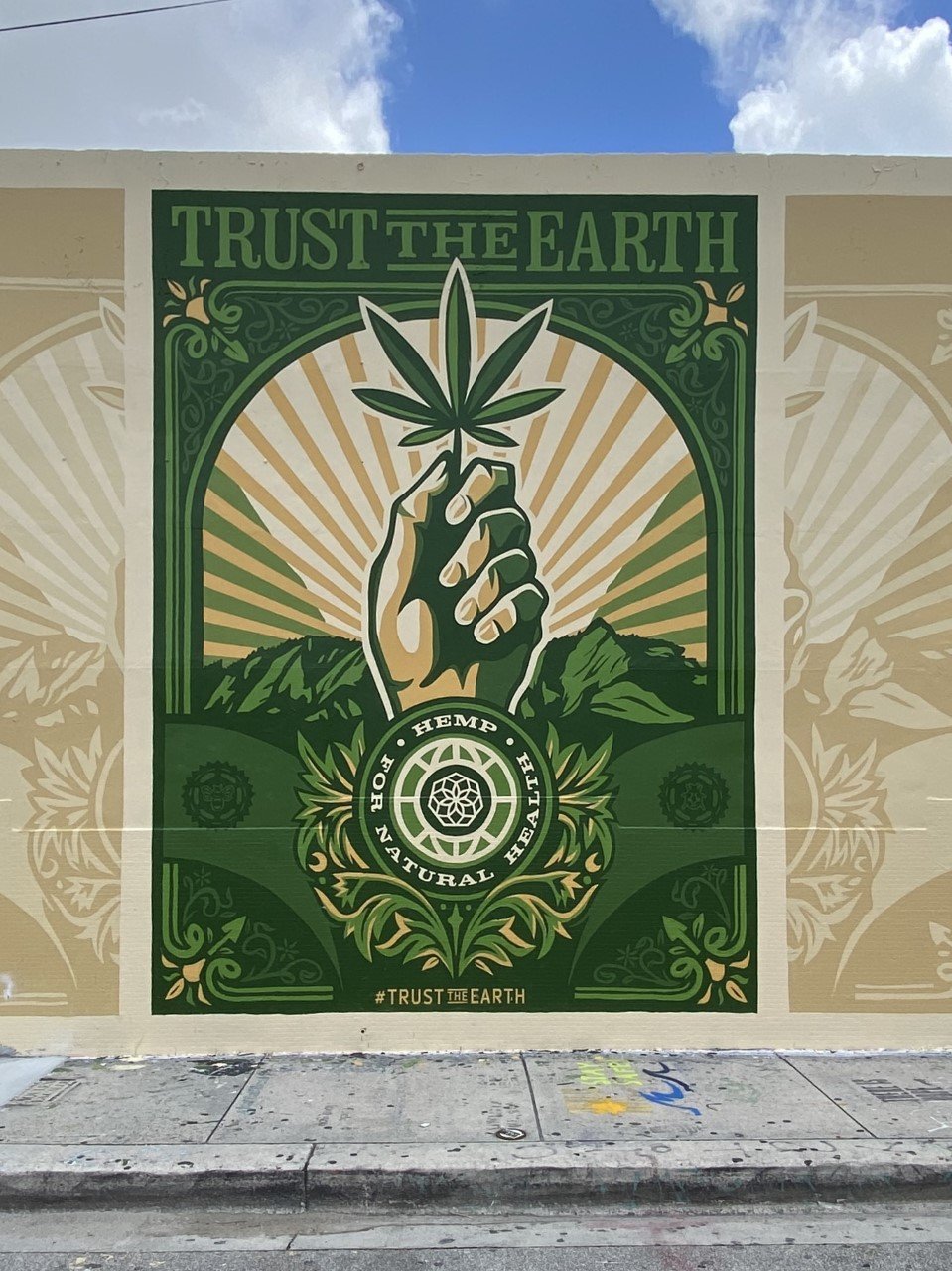 SHEPARD FAIREY is an American contemporary street artist, graphic designer, activist, illustrator, and founder of OBEY Clothing, which emerged from the skateboarding scene. He first became known for his “Andre the Giant Has a Posse” sticker campaign while attending the Rhode Island School of Design. Today Shepard Fairy continues his propaganda style murals and is considered one of the most recognized street artists in the world.

This mural "Trust the Earth", acts in support of the American people's right to use cannabis products as a health remedy. It reads "Trust The Earth" across the top and places the cannabis leaf in the middle of his typical propaganda-style poster frame.