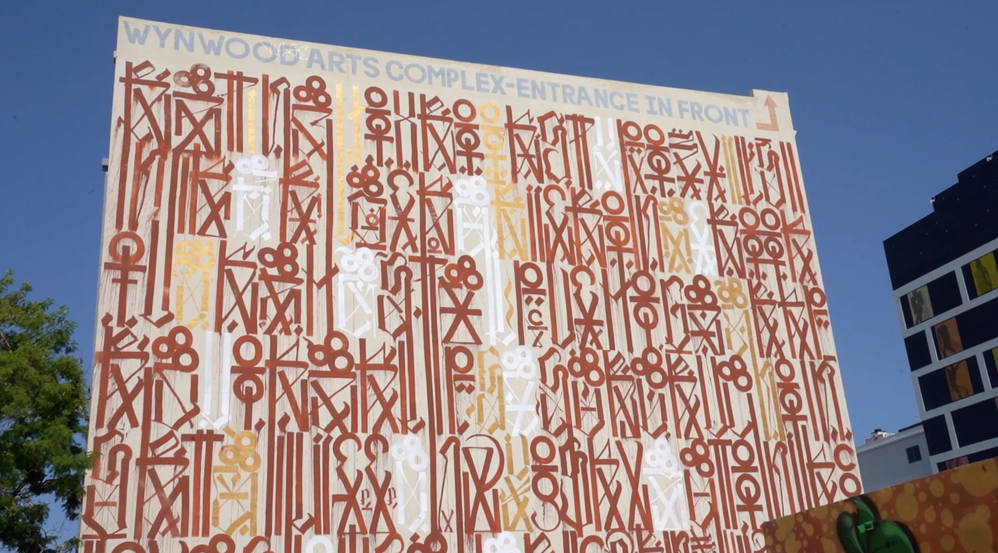 RETNA, is an LA native. He continues to produce some of the most, highly solicited art in the world. Undeniably, RETNA has explained that he was inspired to pursue art after seeing graffiti on the freeway, and his practice now includes street art and painting on canvas. RETNA has become known for his long and geometric script, which he developed while looking towards Egyptian and Native American traditional symbols.

In 2011 RETNA painted a massive tribute mural as part of the Primary Flight collective anniversary mantra, ‘Go Big, Or Go Home,’ at Wynwood Lofts. The mural is in celebration of those who have moved the Miami visual arts community forward.

This mural is actually a "roll-call" for all of the people that participated in that project for Primary Flight. If you notice the top left, under the word WYNWOOD, you can make out his typography. The R, the E has the 3 circles, the T has 2 red lines, the I is gold, N is lower case and an A. This style of typography is repeated throughout the entire wall spelling out the names of people who participated in this project.