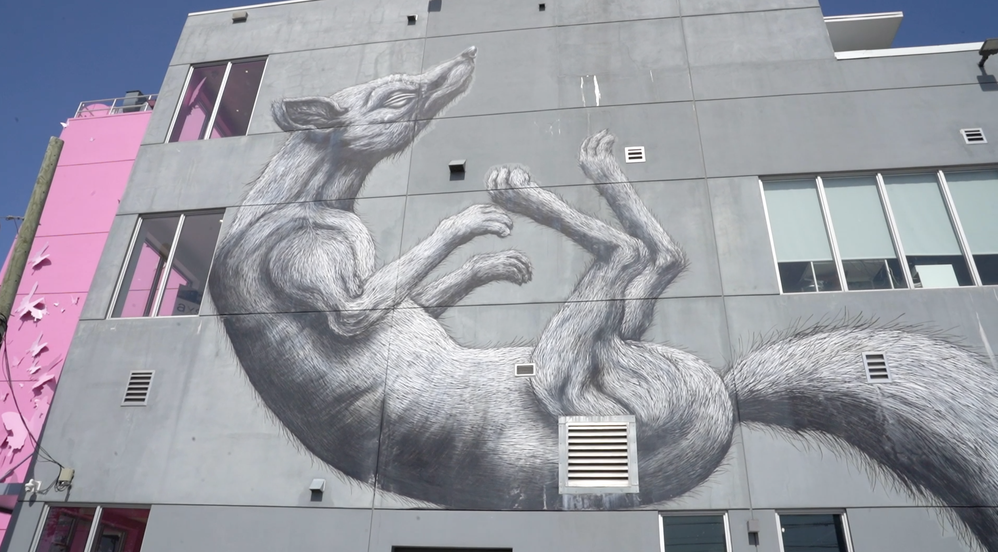 ROA is known internationally for bringing birds, rodents and other animals back into consciousness in the areas they once inhabited. Usually painted on an impressively large scale—covering walls in cities including London, Warsaw, Madrid, Berlin, New York, Moscow, Los Angeles and Mexico City—these animals are anachronistic to the urban streets and abandoned factories that they reside in. For the artist, they tell so much more about the world than any other imaginary being could. He remembers growing up in Belgium, wanting to be an archaeologist or something adventurous and collecting little skulls from birds and rodents to draw at home.