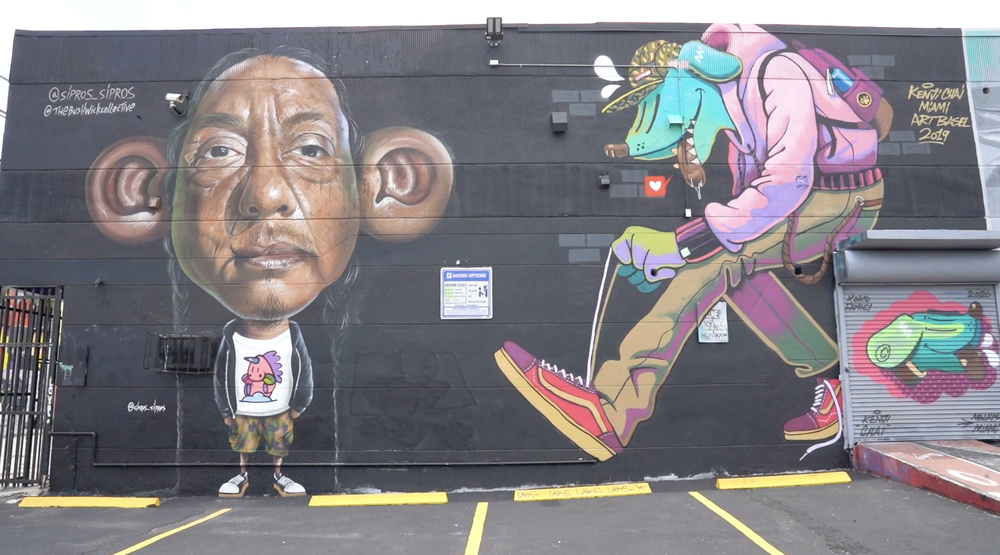 SIPROS is an artist from Sao Paulo, Brazil. He has mastered the skill of painting (usually in all aerosol paint for murals) realistic portraits with a caricature element. The BIG ears. He started his artistic career in 1997.

The mural on the left was painted during Art Basel in December 2018. It's a portrait of Murdok, a local from the neighborhood. He's always hanging out in front of Concrete Beach Brewery, which is down the block. If you walk that way and see him say "what's up".

KENJI CHAI was born and raised in the city of simplicity, Sandakan, Sabah and currently lives in Kuala Lumpur. He was bred on comics, cartoons and storybooks from an early age and spent his days rummaging into these worlds of imagination. He creates very trippy characters using big bugged out eyes and great use of drop shadow to show depth in the character.

The Mural on the right was painted in December 2019, also during Art Basel.