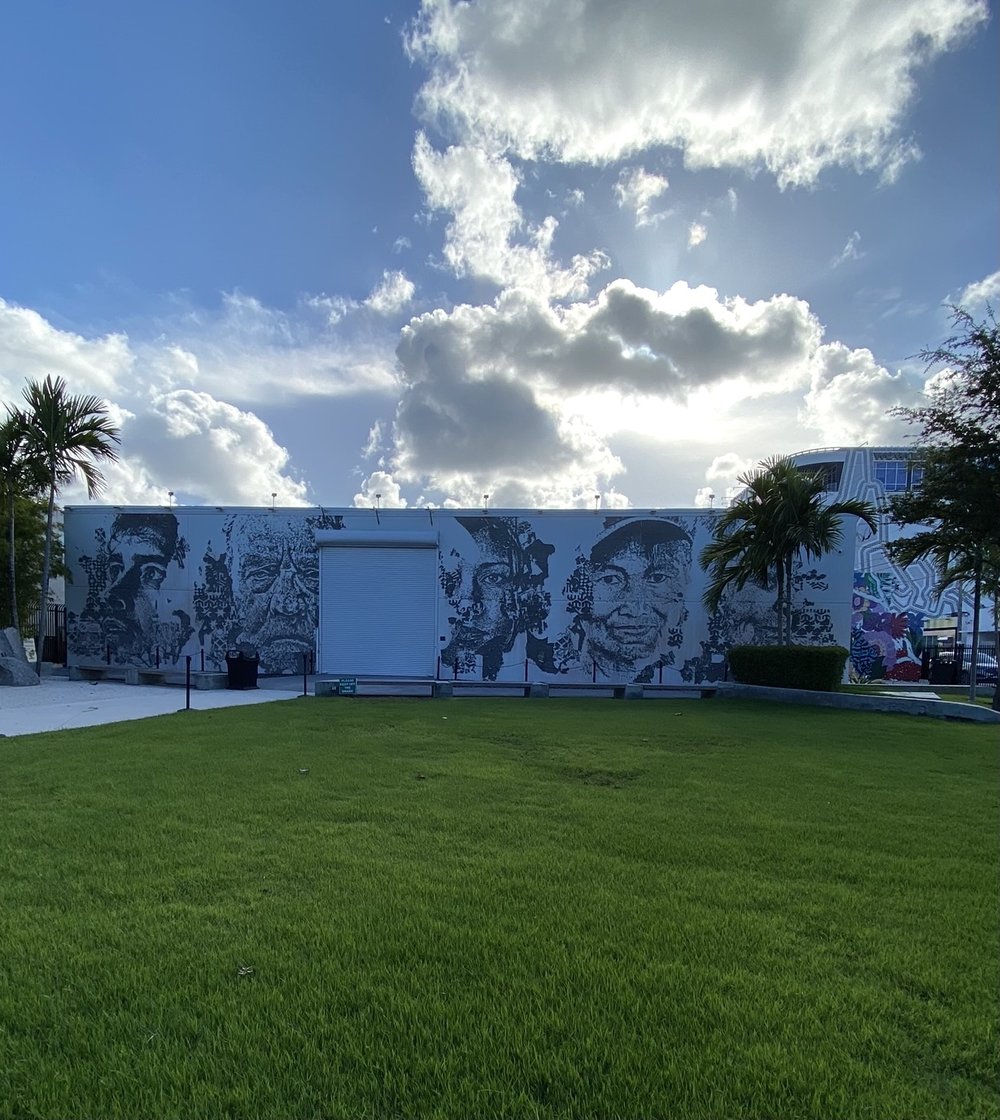 VHILS aka Alexandre Farto, who was born in Portugal. He grew up on the outskirts of Lisbon, in an area that had been deeply affected by the Carnation Revolution in 1974. His art is created by dissecting poster ads and carving into or excavating walls with tools such as etching acid, bleach, pneumatic drills and other processes, to reveal their layers.

Titled "Scratching the Surface", this mural illustrates VHIL's values of the idea of turning ordinary common people into icons, and many of his images are based on photos of people that he takes from magazines, or with his own camera.